With the start of football season, I wanted to offer some fun appetizers with easy prep that you can whip up for game time. This Baked Coconut Shrimp with Pineapple Dipping Sauce is sure to be a crowd pleaser: baked rather than fried, these prawns offers a healthy alternative to the traditional version that does not compromise on taste. It pairs perfectly with this tangy, delicious spicy pineapple dipping sauce- I served my shrimp with rice, and ended up spooning the extra dipping sauce over the rice because I just could not get enough! (I recommend doubling the dipping sauce recipe if you can.) Come fourth quarter, no calorie-laden guilt or grease-induced stomachache can be found here. 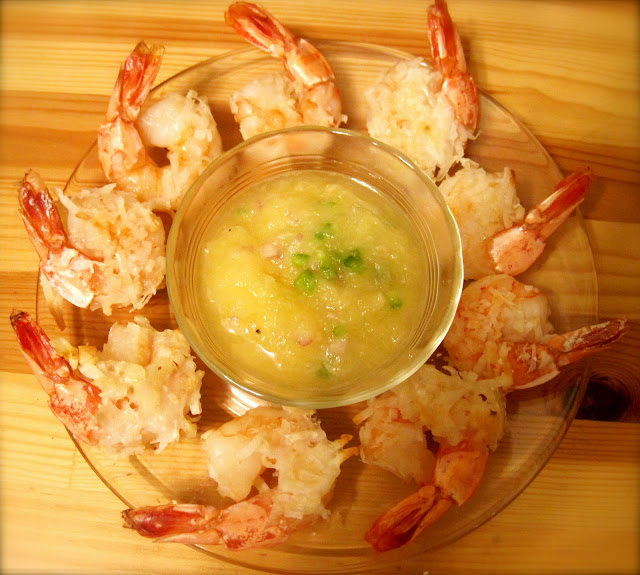 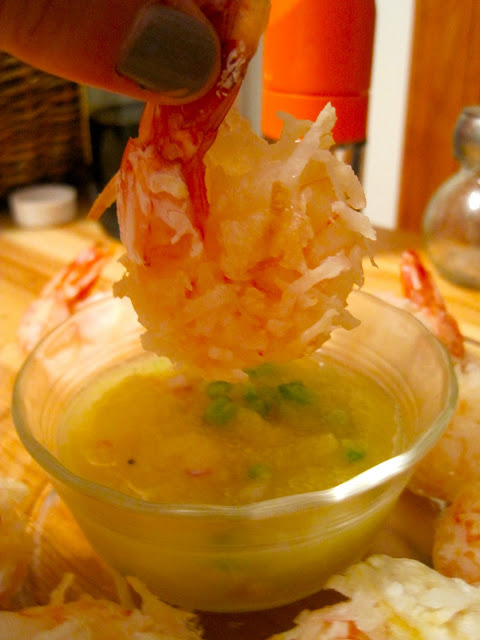 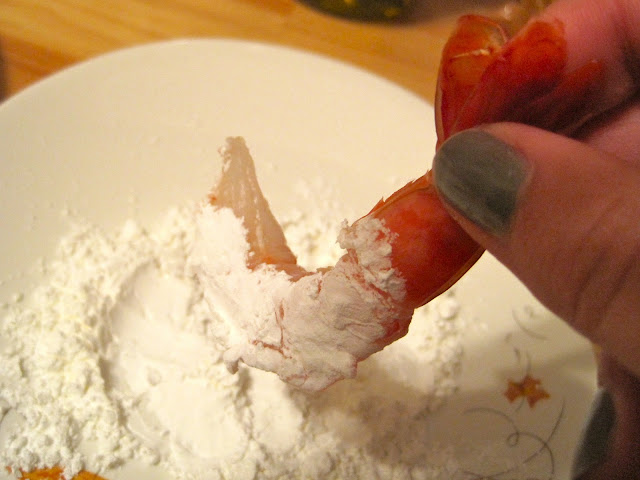 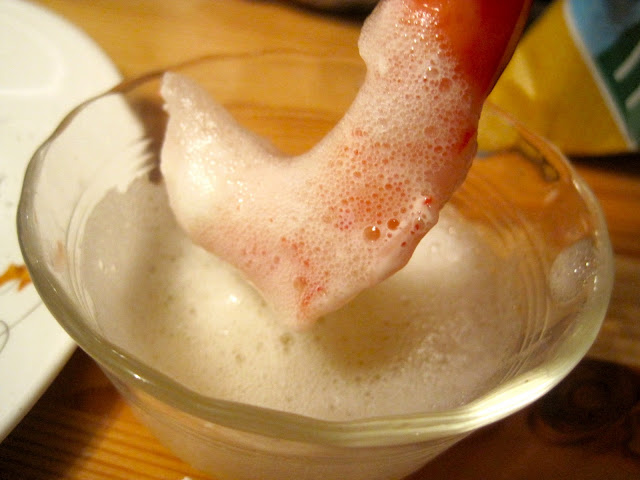 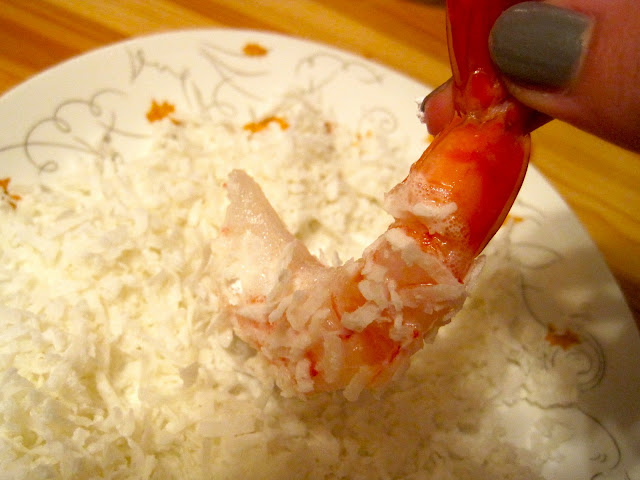 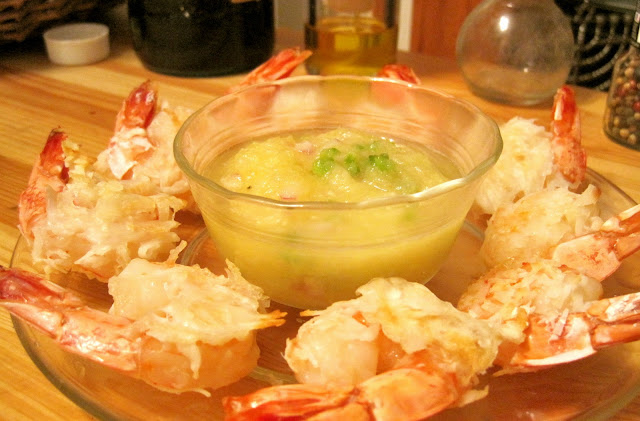 Baked Coconut Shrimp with Pineapple Dipping Sauce (original recipe via Tablespoon here)
Yield: 24 shrimp
The shrimp preparation is actually really fun: line up your cornstarch, egg whites, and flaked coconut assembly-line style, and dip away. I mostly stuck with the original recipe here, but added some chopped red onion to the pineapple dipping sauce and doubled the jalapeño.

Directions:
1. Combine lime juice, jalapeno pepper, onion, and pineapple preserves in a small bowl and mix well. Season with salt & pepper to taste. Cover and refrigerate until ready to serve.
2. Preheat oven to 400 degrees and line a cookie sheet with parchment paper.
3. In a small bowl beat egg whites with a hand mixer until soft peaks form.
4. Place cornstarch and coconut on two separate plates. Hold shrimp by the tail and dip and coat the shrimp with cornstarch. Next, dip the shrimp in the egg whites and finally in the coconut coating well.
5. Place shrimp on the cookie sheet and bake for 15-17 minutes or until coconut is a golden brown. Make sure to turn it once halfway through (around 8 minutes into cooking time) to make sure both sides brown.
6. Serve with pineapple dipping sauce.
Posted by rachelinthekitchen at 9:05 AM