To say that Sriracha sauce has a cult-like following is almost an understatement. The obsessive love and fierce loyalty people harbor for the fiery garlic-chili sauce is hardly fit for a condiment, let alone a gallinaceous bird.  Yet there is something about this rooster sauce, outfitted in its signature red bottle and green cap, that people just can’t get enough of. I include myself in this following. 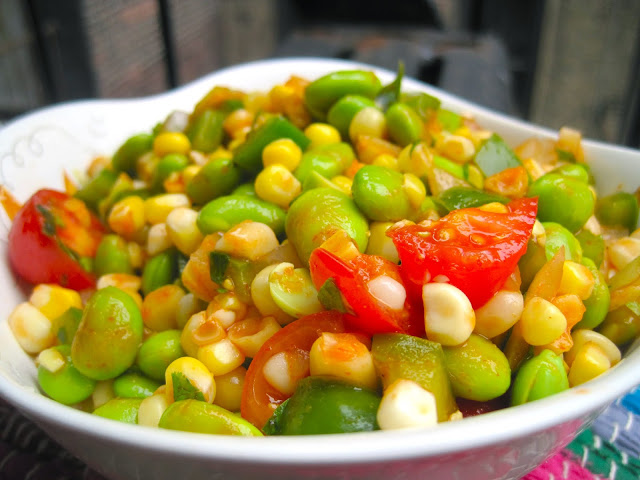 I love spicy things. When I have a stuffy nose, I eat raw jalapenos and their seeds. If a food—any food—is lacking flavor, I reach for hot sauce before reaching for salt. And when I’m out to dinner and a friend asks for the guacamole to be mild or medium, I cry a little inside. So when I discovered that this Edamame Sriracha Succotash recipe came from an entire cookbook devoted to Sriracha and vegetables, you can only imagine the sheer magnitude of my joy. 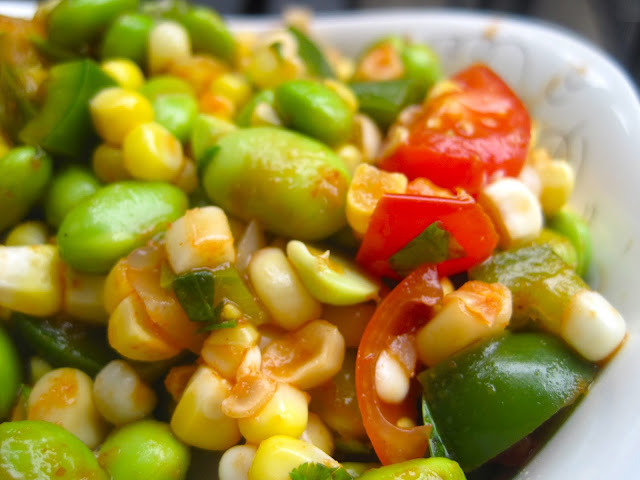 Grilled corn, shelled edamame, heirloom tomatoes….this recipe is teaming with fresh, seasonal ingredients abundant at any farmers market right now. And speaking of! National Farmers Market Week is August 4th to 10th. Aim to shop local for this recipe’s ingredients if you can. 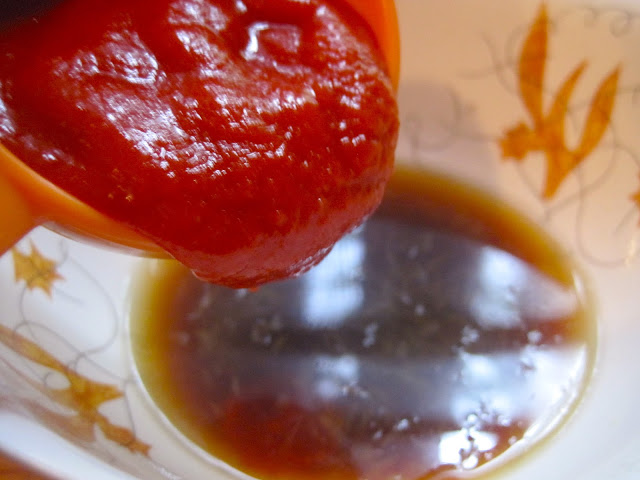 Corn and shell beans are signature to any succotash. These base ingredients may be whole and healthy, but be wary before ordering off a menu: the dish can lose its nutritious value if cooked in heavy butter and topped with bacon bits; a common prep in a restaurant kitchen. Staying true to its vegetarian nature, this recipe swaps butter for heart-healthy sesame oil, and is brimming with light, tangy Asian flavors: lime juice, soy sauce, apple cider vinegar, cilantro. The Sriracha, of course, is the final flavor kick to the salad; adding a bite that is anything but shy. You’ll be sweating after one bite! 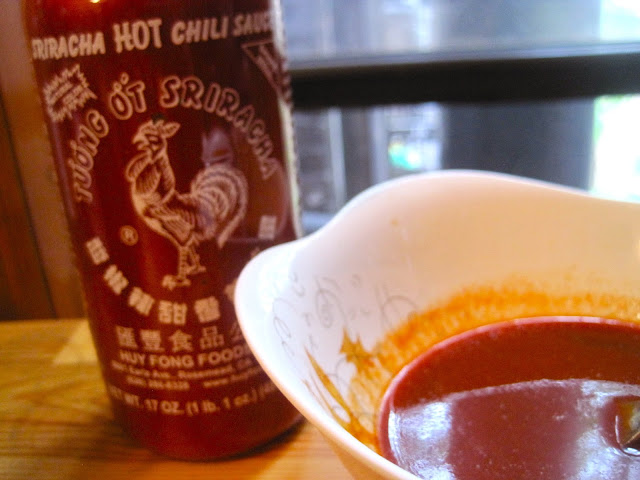 Even though I have already declared my love for all things spicy, I have to admit I was disappointed by how much the Sriracha overtook the dish. The recipe called for ¼ cup, which sounded suspiciously steep to me, but I followed the directions as called for. I didn’t mind the heat, but rather longed to taste more of the other flavors in the sauce, like the sesame oil or apple cider vinegar. As a result, I am amending my recipe to half the Sriracha—the amount can be augmented from there, according to taste.

Next: Watermelon Sriracha Sangria, anyone!? 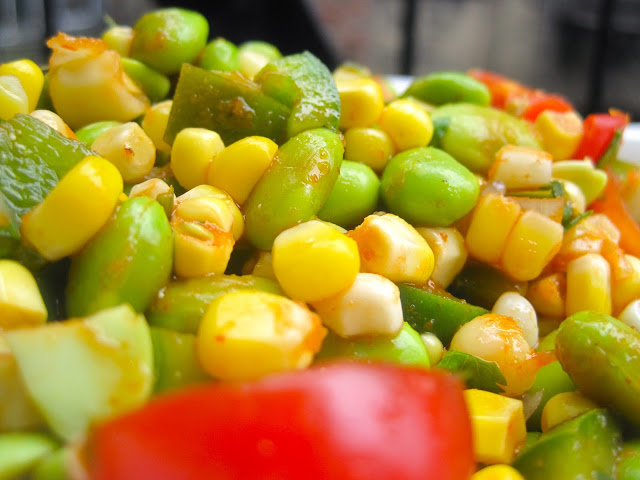 
Directions:
1. Heat 1 tablespoon of the oil in a cast-iron or nonstick skillet over medium heat. Add the onion and bell pepper and sauté until softened, 5 to 7 minutes. Add the garlic and sauté just until fragrant, about 30 seconds. Let cool to room temperature.
2. In a medium saucepan, bring ½ inch of water to a simmer over medium heat. Add the edamame and season lightly with salt and pepper. Cover and cook until just tender and heated through, about 4 minutes.
3. Drain well and let cool to room temperature. (If using frozen edamame, cook on the stove top according to the package directions; don’t microwave.) Transfer to a bowl.
4. Add the onion mixture, corn, tomatoes, Sriracha, cilantro, vinegar and/or lime juice, soy sauce, and remaining tablespoon of oil; mix well. Season with salt and pepper to taste. Cover and refrigerate for at least 30 minutes.
5. Taste just before serving and add more vinegar, lime juice, or Sriracha if desired. Serve garnished with cilantro sprigs.
Posted by rachelinthekitchen at 10:47 AM