Oh these Fudgy Vegan Beet Cupcakes are so beet-autiful. I was thrilled to see another vegetable join the dessert realm next to the avocado and pumpkin; but kept my excitement in check because the thought of a vegetable-centric cupcake sans butter and eggs that was actually tasty seemed to good to be true. But now that I've made them, and they are delicious, I can rejoice without abandon. These cupcakes are chocolate, fudgy, rich, moist, and delicious. They rival any other chocolate cupcake and they are not even bad for you!! Make them. I insist. 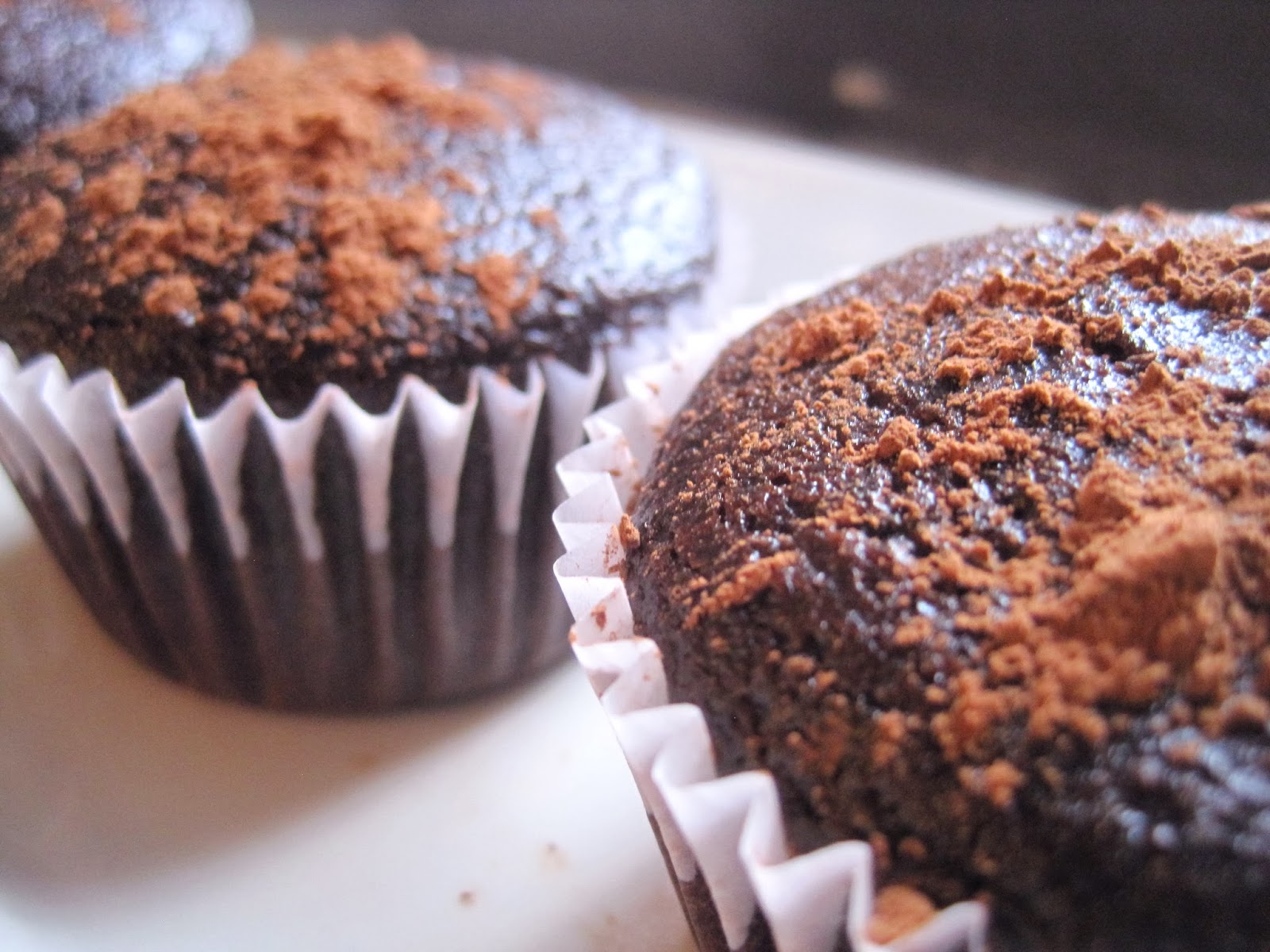 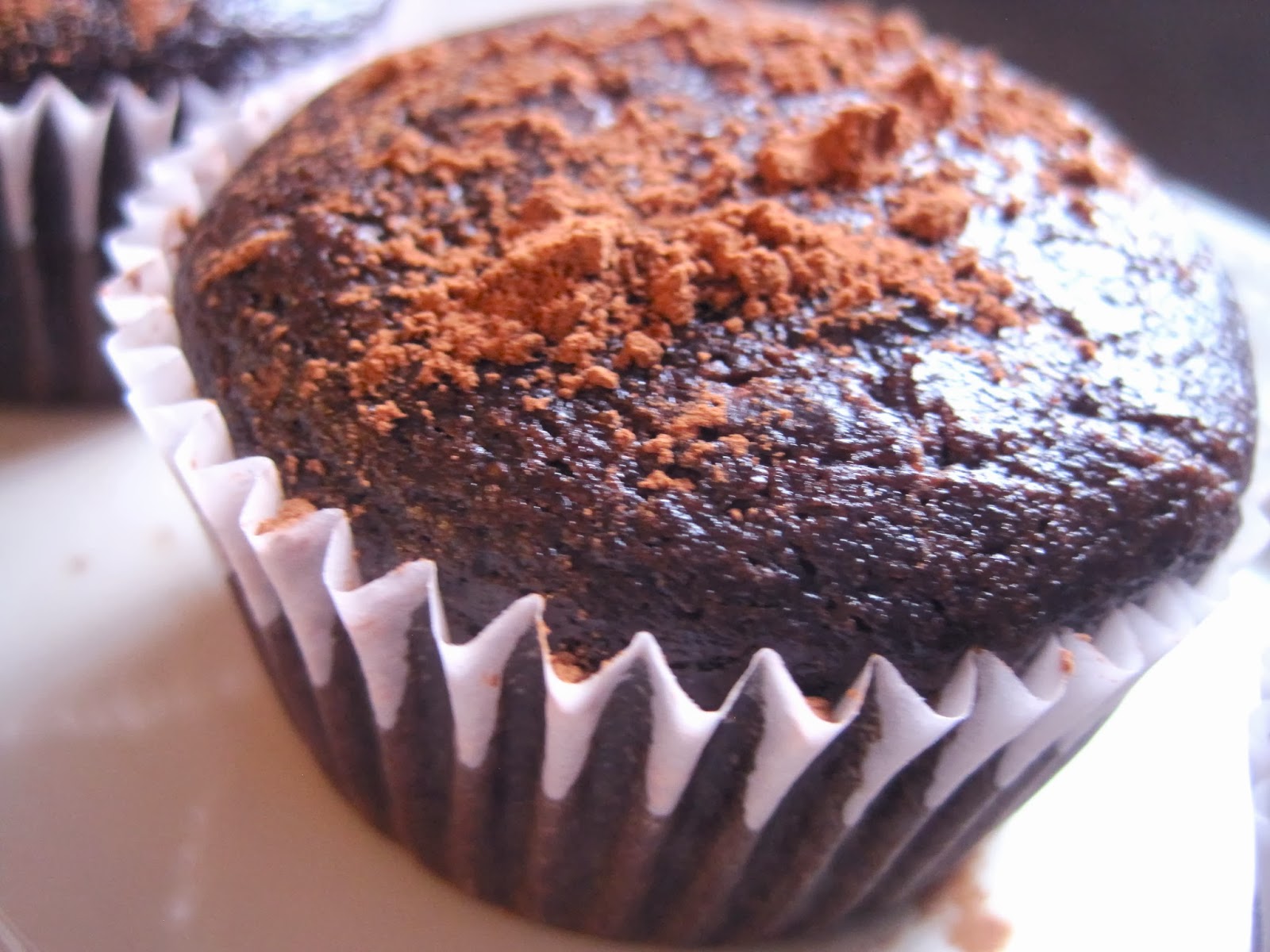 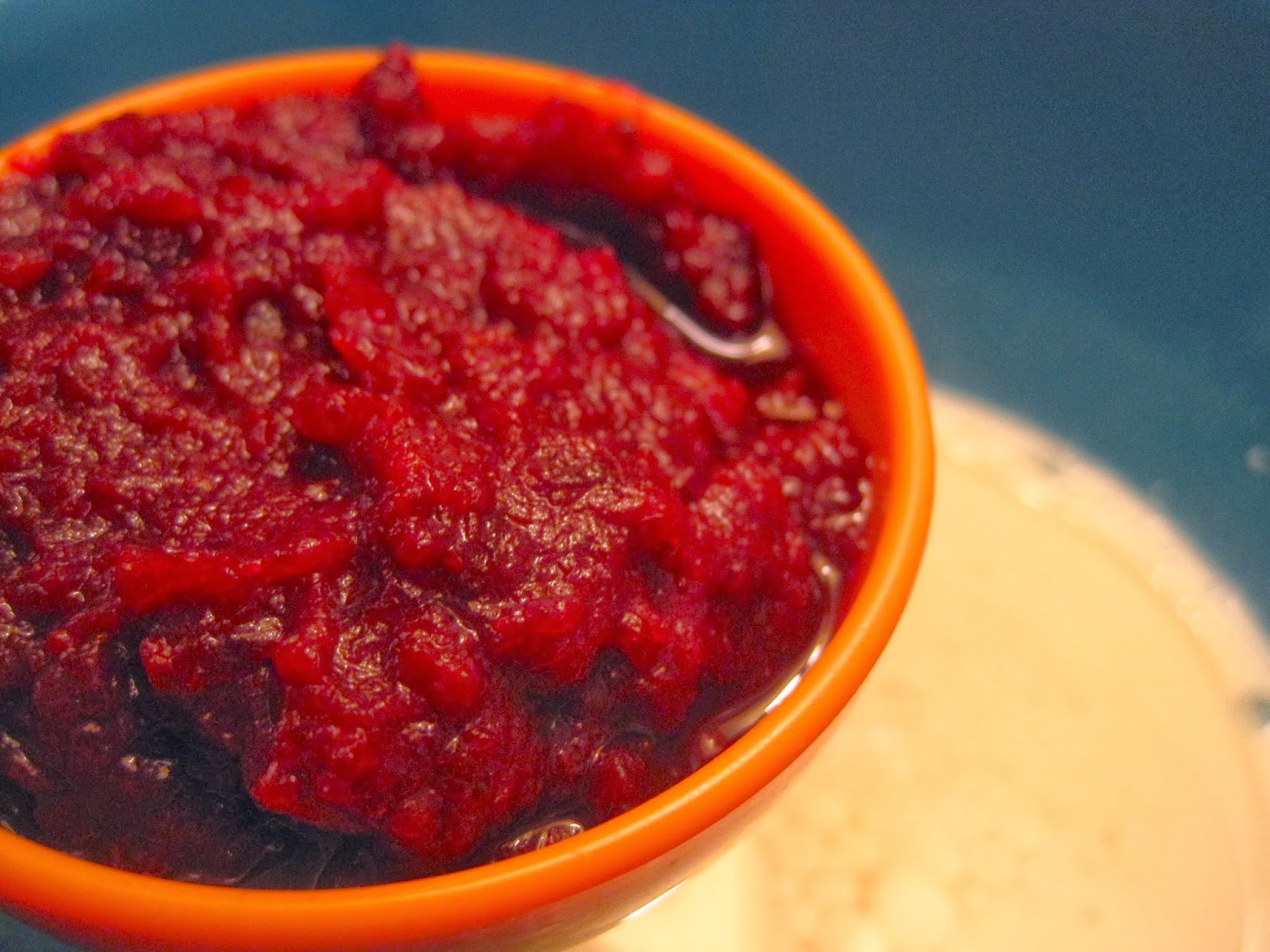 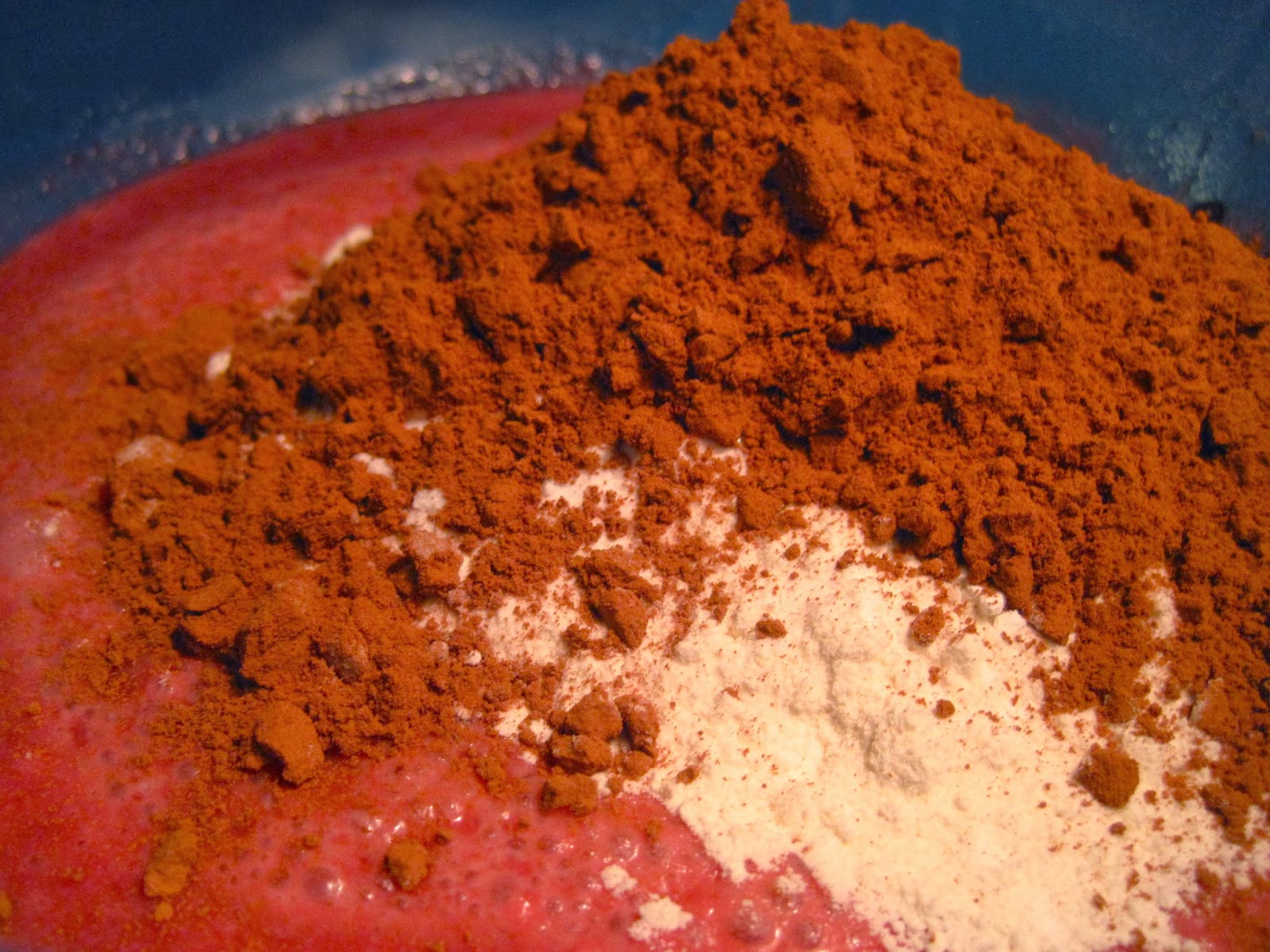 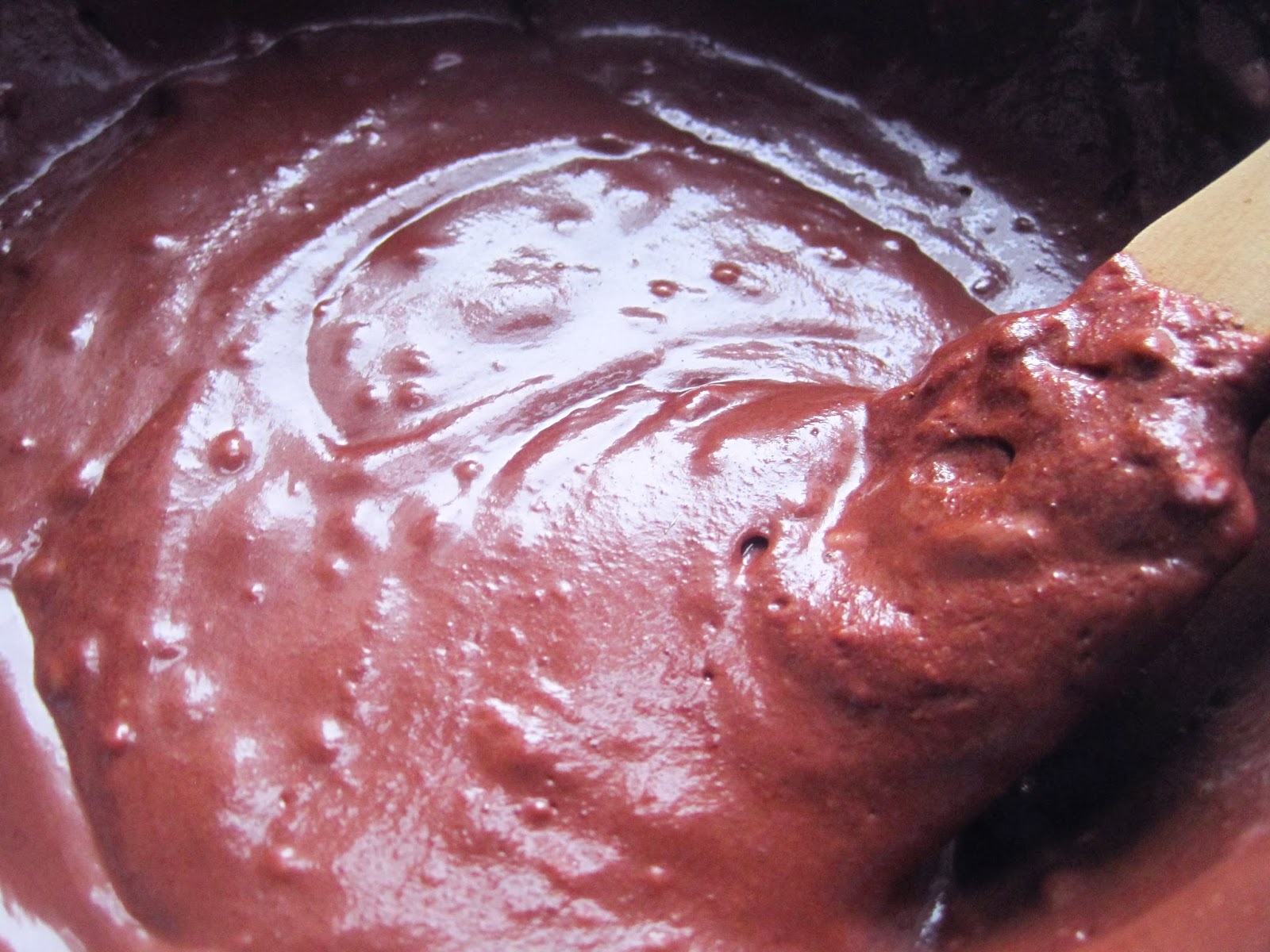 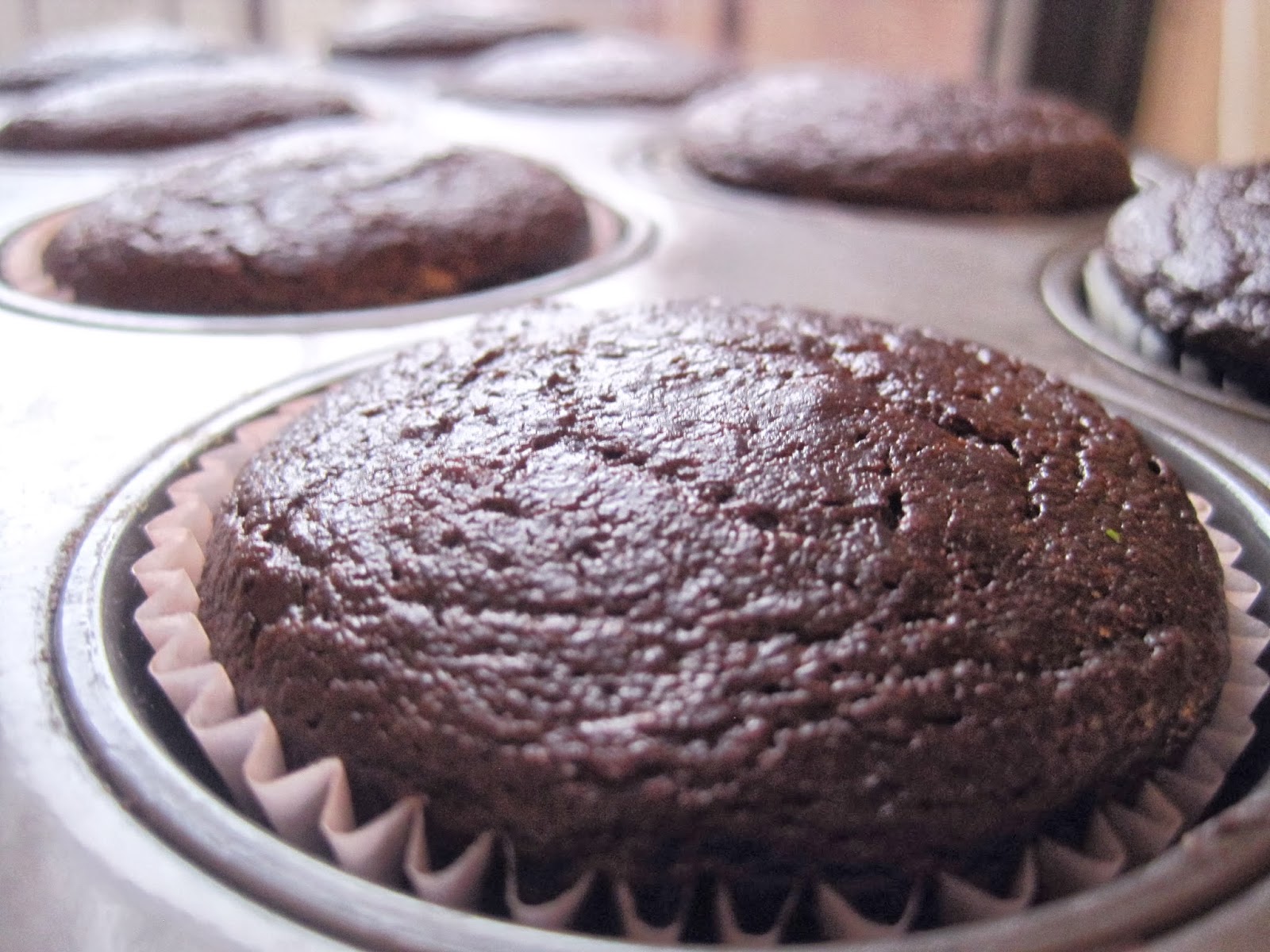 This recipe is about as easy as a cupcake recipe comes; it requires just one bowl and less than a dozen ingredients (most of which you likely already have in your pantry.) While I cannot deny the superiority of a fresh oven-roasted beet, here, vaccum-sealed cooked beets offer a great alternative and save lots of time and mess. 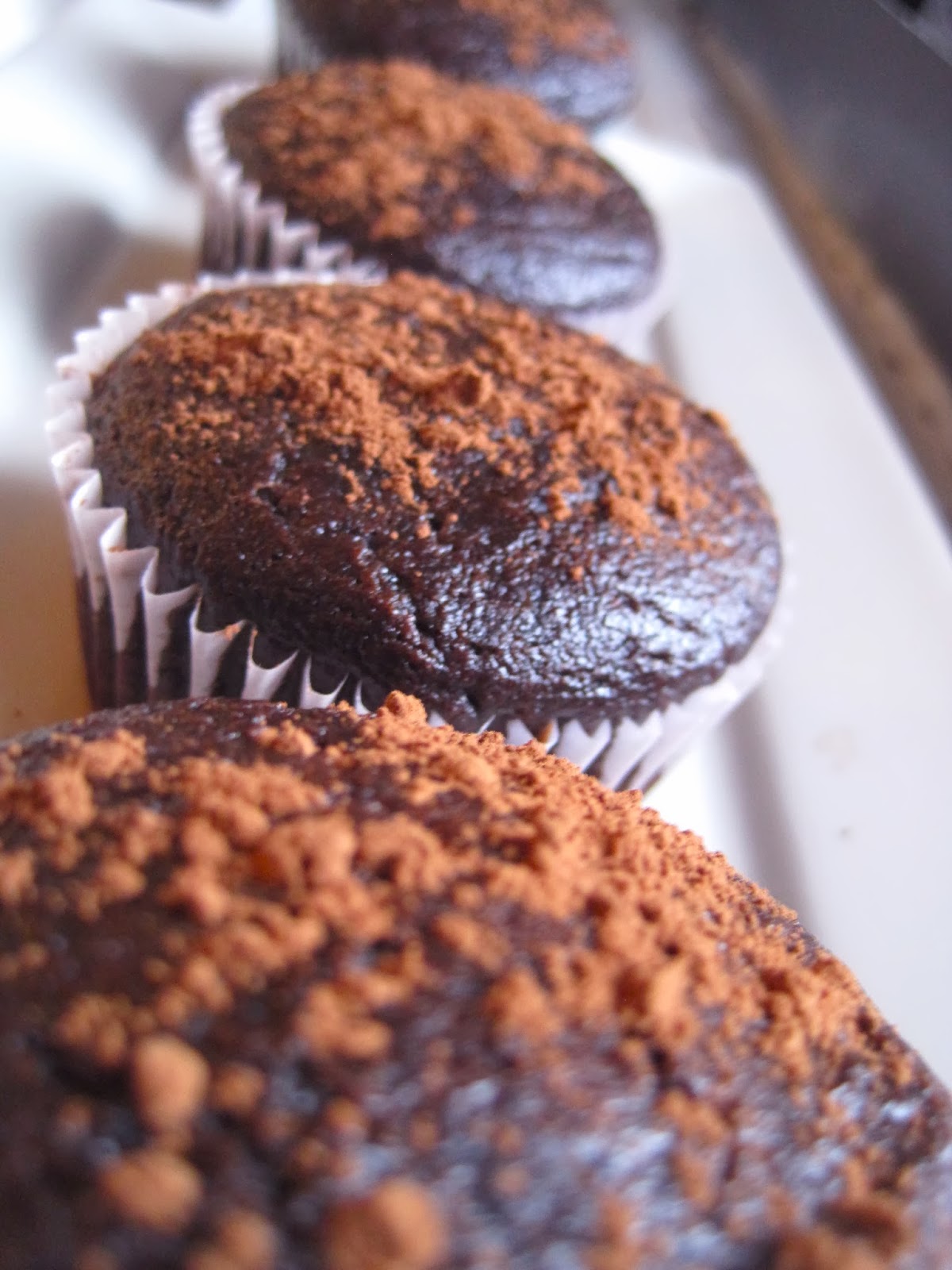 The cupcake batter tasted like chocolate pudding and I could've eaten the whole thing straight out of the bowl. Seriously, it's not like there were any raw eggs in there to stop me! The silky, creamy vanilla almond milk blends blissfully with the raw cocoa; and the beets add a juicy sweetness that upon baking yield a rich, fudgy cupcake light as a feather. 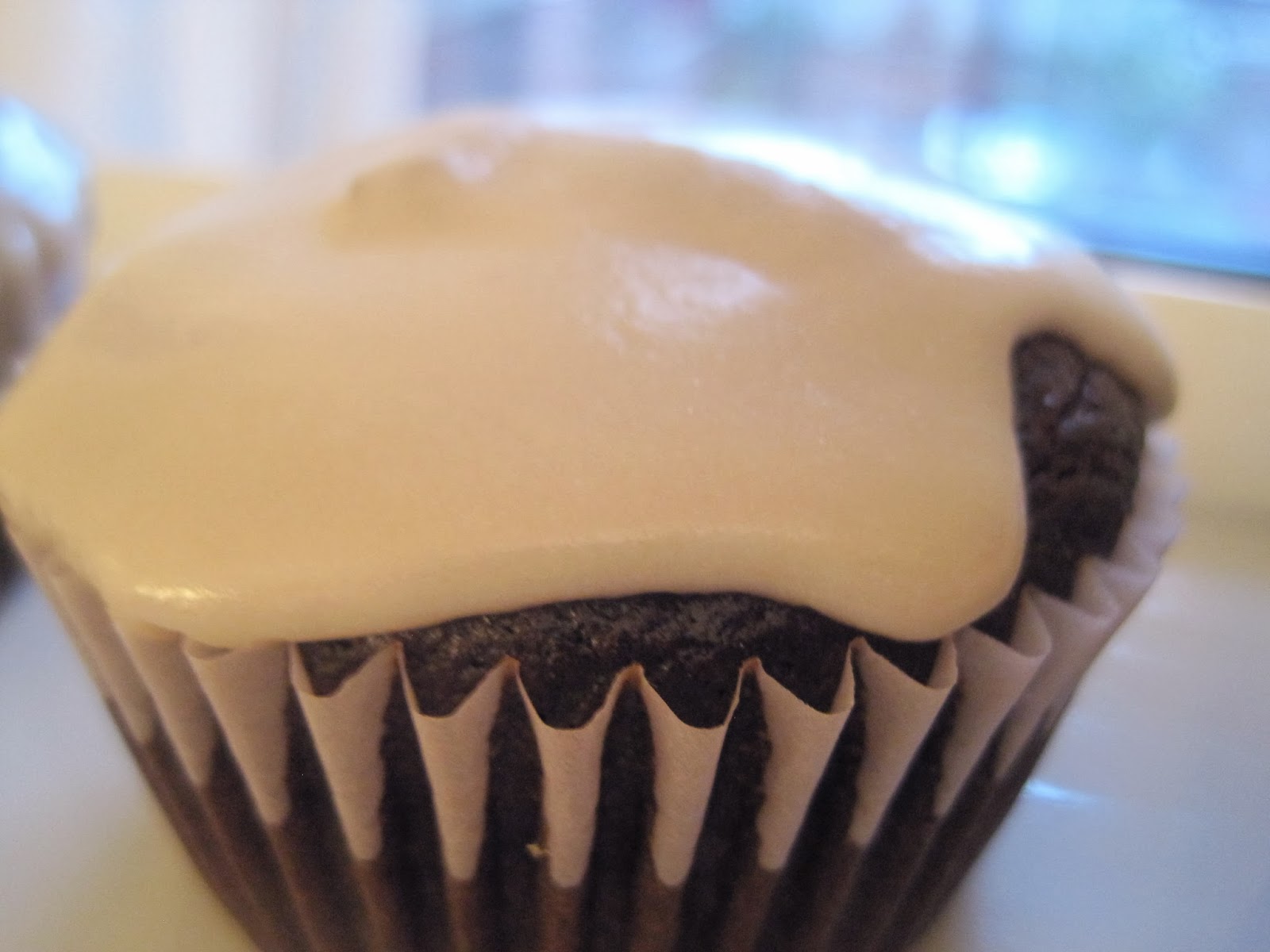 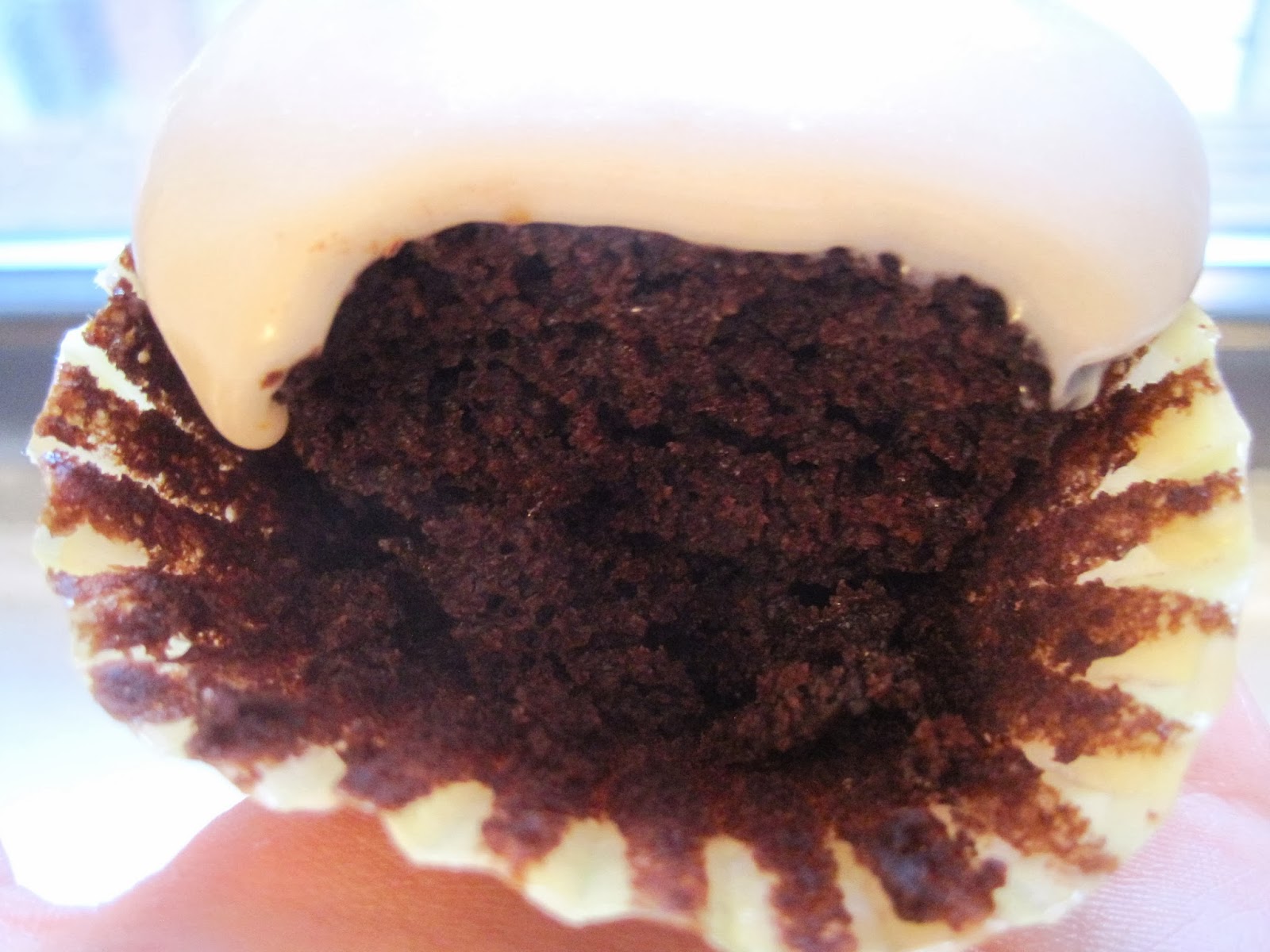 Dana of the Minimalist Baker (where this wonderful recipe hails from) swears you don't even need frosting because the cupcake is so hearty and delightful on its own. Instead, she serves with a smattering of fresh cocoa powder on top. While I do agree that frosting here is not essential (especially if you're keeping the healthy factor in mind,) I couldn't resist trying a few with a homemade vegan buttercream to really contrast the chocolate and vanilla. I wanted to add some beet juice to the buttercream frosting to make it pink and further celebrate my newly discovered union of beets and chocolate (to the beet of my heart! ok I'll stop) but I spilled my reserve beet juice all over the counter. So although these cupcakes are only black and white, you will have to take my word that I do truly love them. 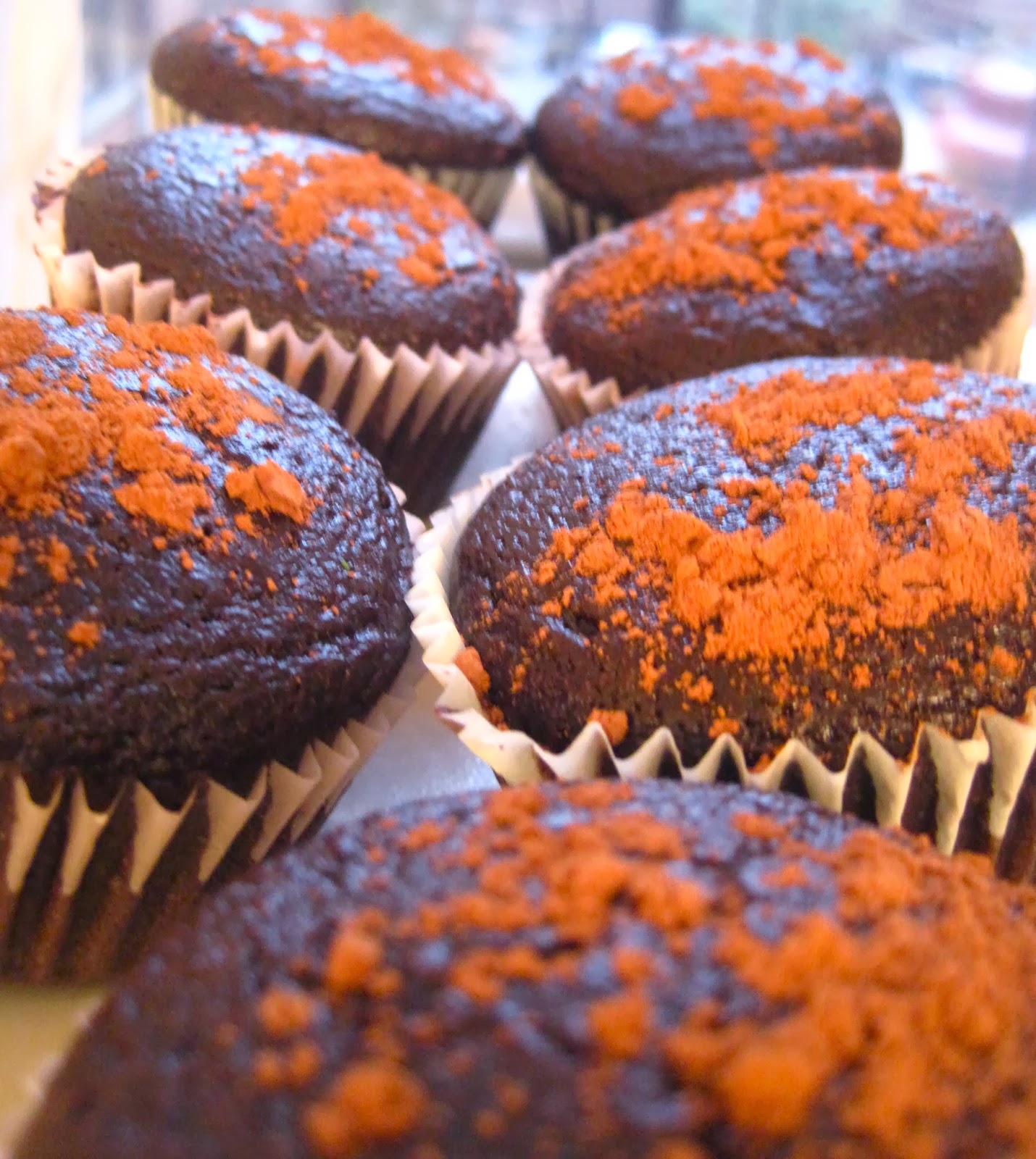 One final note: I made both the cupcakes and frosting using an immersion blender; so if you don't own a proper egg beater do not worry! However, if it is a light and fluffy frosting you seek, I do recommend utilizing an electric mixer. Although delicious, my frosting was droopy and not as aesthetically pleasing as it could've been.

Directions:
1. If cooking beets: preheat oven to 375°F, remove the stem and most of the root from your beets, and scrub and wash them underwater until clean. Wrap beets in foil, drizzle on a bit of canola oil, wrap tightly, and roast for one hour or until a knife inserted falls out without resistance. They should be tender. Set in the fridge (in a bowl to catch juice) to cool to room temperature. Once cooled, either finely grate or puree beets in a blender (adding orange juice or water to encourage mixing). Measure out 1/2 cup and set aside. (If not cooking, just puree straight from the package.)
2. Line a muffin pan with paper liners.
3. Whisk together the almond milk and vinegar in a large bowl, and set aside for a few minutes to curdle. Add the sugar, oil, vanilla extract, and 1/2 cup beets and beat until foamy.
4. Add the flour, cocoa powder, baking soda, baking powder, and salt to a sifter and slowly sift it into the wet ingredients while mixing with a hand-held or standing mixer. Beat until no large lumps remain.
5. Pour batter into liners, filling 3/4 of the way full. Bake 22 to 25 minutes, or until a toothpick inserted into the center comes out clean. Transfer to a cooling rack and let cool completely. Do not try and unwrap them or they’ll stick to the wrapper.
6. Once cooled, dust with cocoa powder (or vegan vanilla buttercream, recipe below) and store in an airtight container to keep fresh.

Directions:
1. In a mixing bowl, beat Earth Balance with an electric mixer. Add in the milk and vanilla (and enough beet juice to make frosting pink if desired.)
2. Gradually add in confectioners sugar, starting with 1 cup and mixing slowly until fully combined. 3. Beat for about 5-10 minutes until nice and fluffy, or with a handheld mixer for at least 4-5 minutes.

Posted by rachelinthekitchen at 8:46 AM