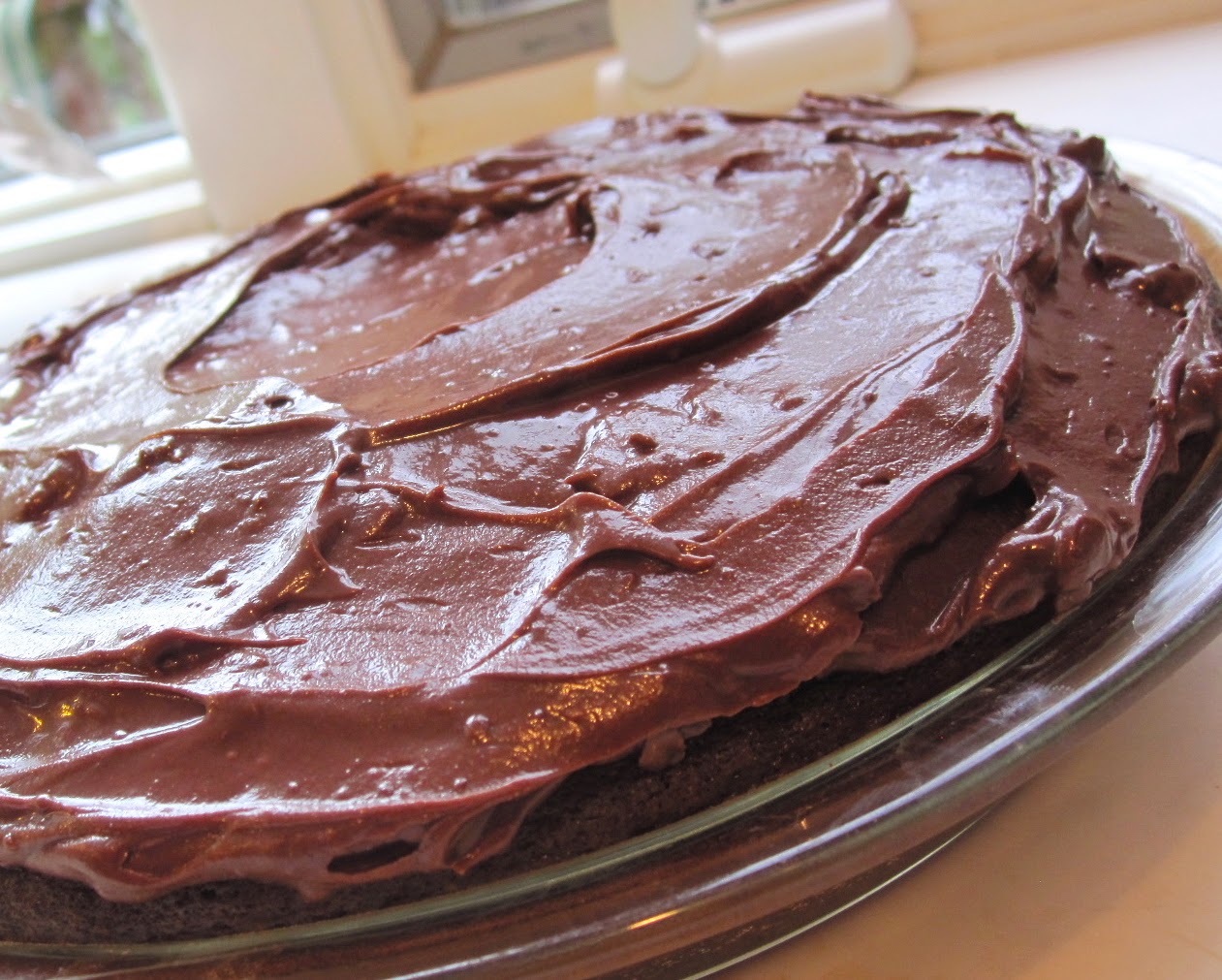 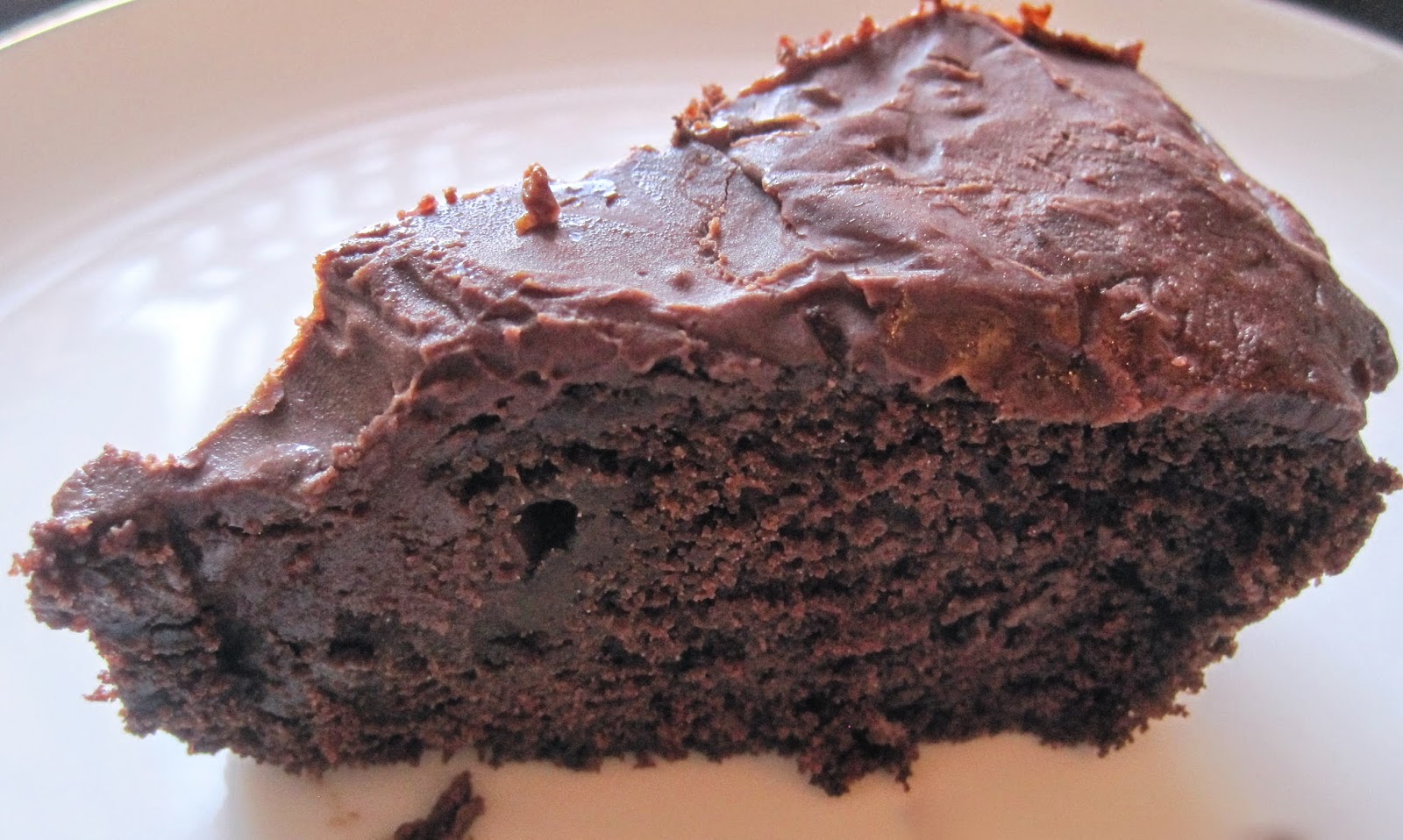 But that's just the icing on the cake. (Ha, ha.) Pantry item predominant, economical for your wallet, a one-pot wonder (can I even say, NO pot wonder? All the ingredients are mixed straight into the pan), and these superlatives don't even cover taste! Yes, this cake tastes as rich, decadent, and elegant as it looks. Dark as the night sky, it is moist and light, vivid and opulent, delicate yet powerful. It is going to become your go-to chocolate cake recipe, receiving ooo's and ahh's by all lucky enough to receive a slice. I'll leave it to you whether or not to reveal that this delectable dessert took less time to whip up than a pot of coffee. 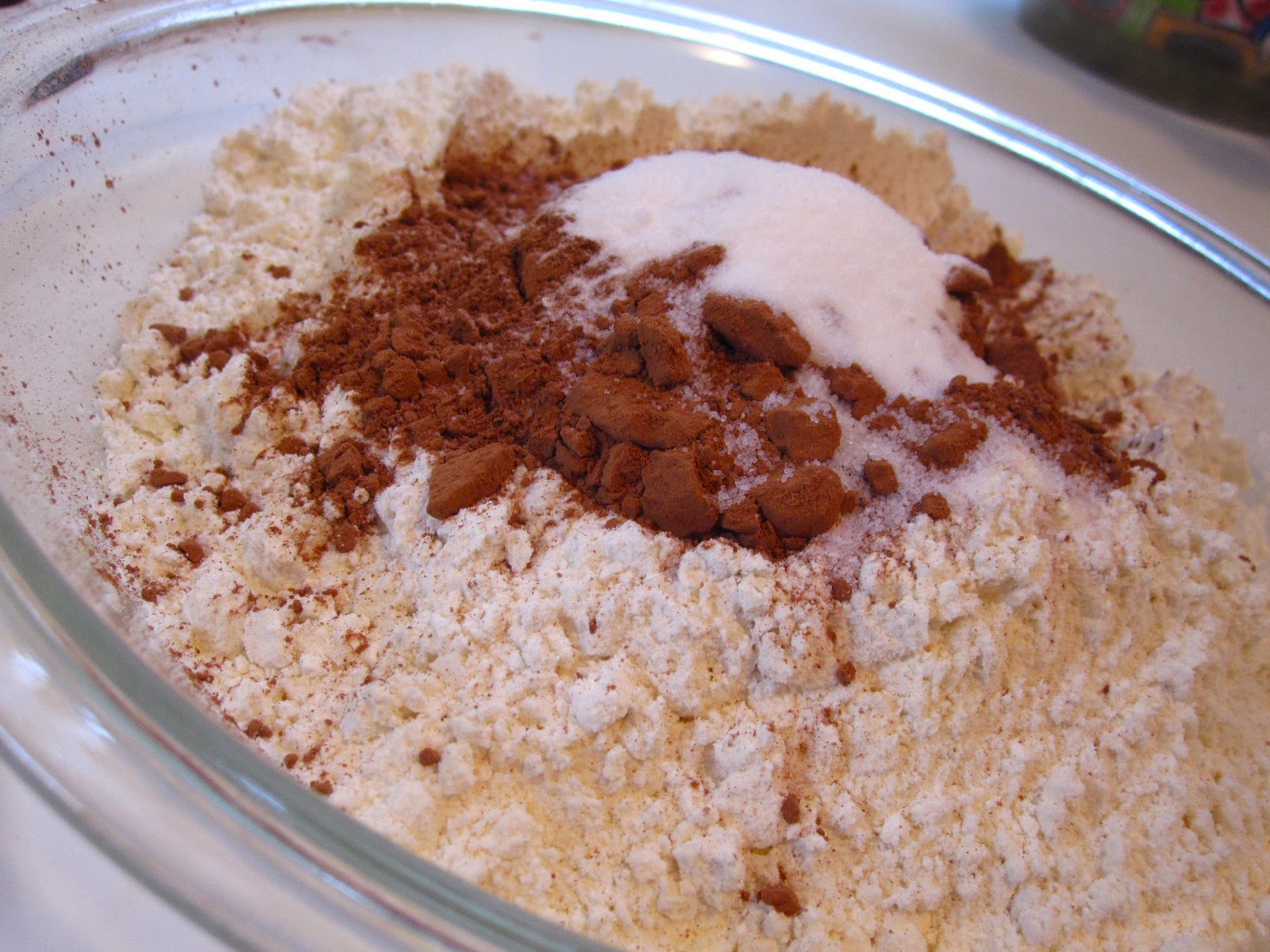 I love the idea of spending all day in the kitchen creating a mastermind dessert that leaves you spent but wonderfully proud. But just like there is a time and place for complicated, multi- step aesthetic baking projects, there is also a time and place for the get-er-done quick fix dessert. This recipe is the latter. Messed up dessert #1 two hours before tonight's housewarming party but still need to bring something? Here is your cake. Made your first from-scratch Rosh Hashanah dinner, but realized you'd need to clone yourself three times to include dessert on the menu? Viva la vegan. 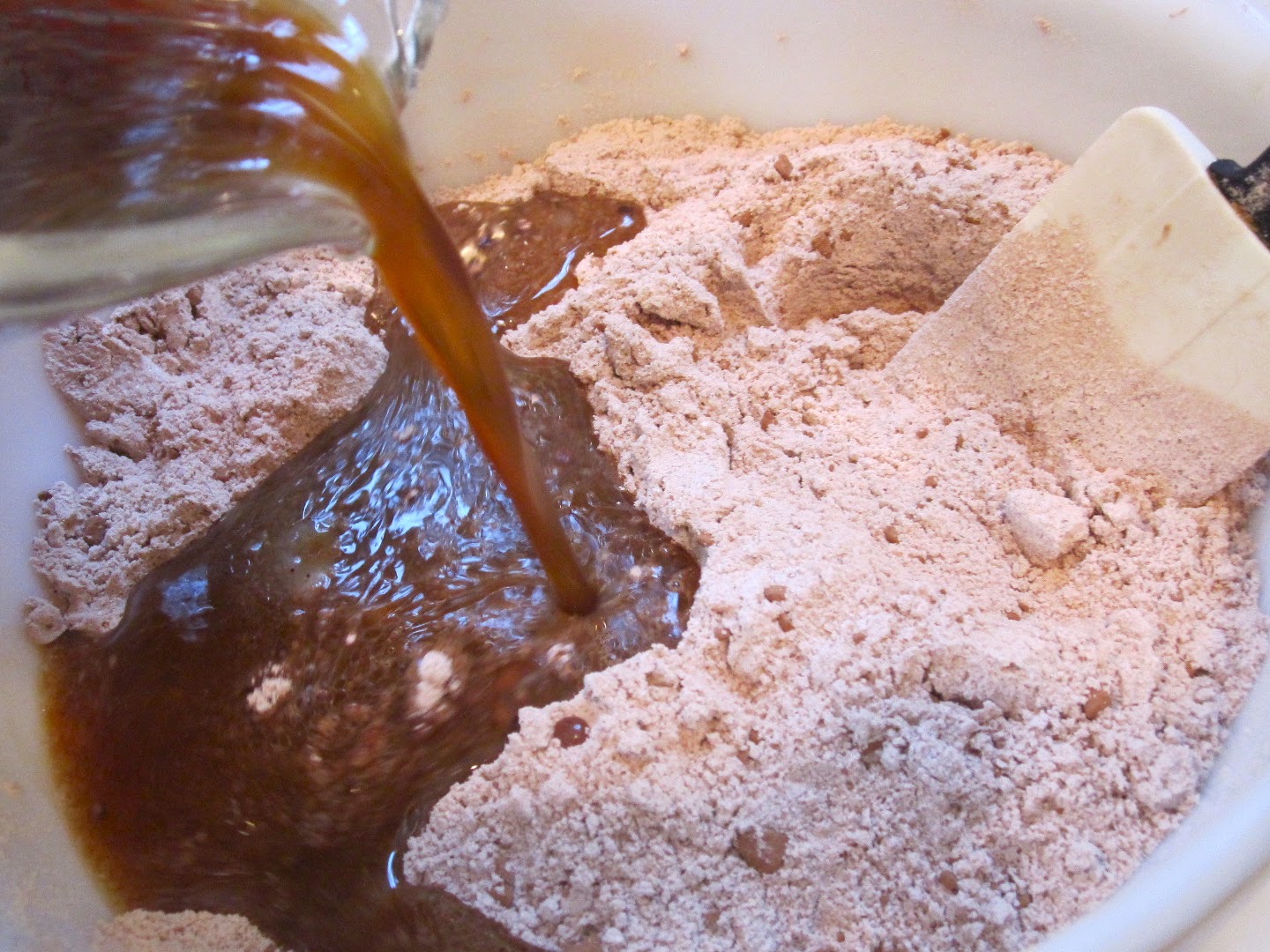 Now, to top the cake. Here is where things get tricky (and where my six minutes turned into over an hour.) The original recipe comes with a chocolate glaze, which I've included below, but the water/chocolate combo didn't work for me—it came out really liquidy and yuck. Next time, I will try adding the water slowly into the chocolate, rather than visa versa, to control the amount of liquid in the glaze. 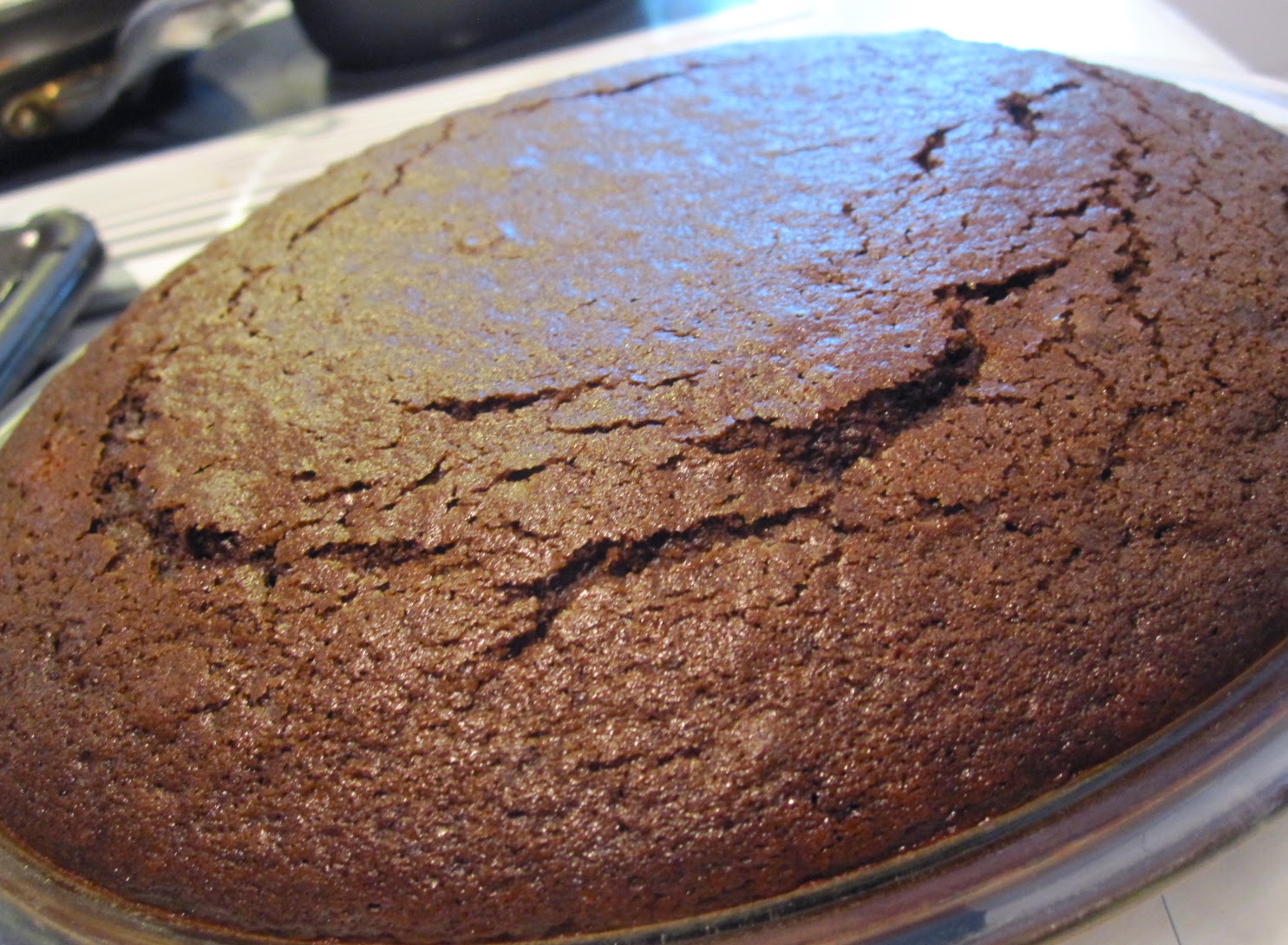 My backup was a simple chocolate butter frosting (there goes the Vegan and the parve—whoops!) that worked wonders. However, the cake and the frosting were both so rich, that I think next time I'll try to make the glaze again to keep things simple. A simple dusting of confectioners sugar or whipped cream and sliced fruit would be great options, too. 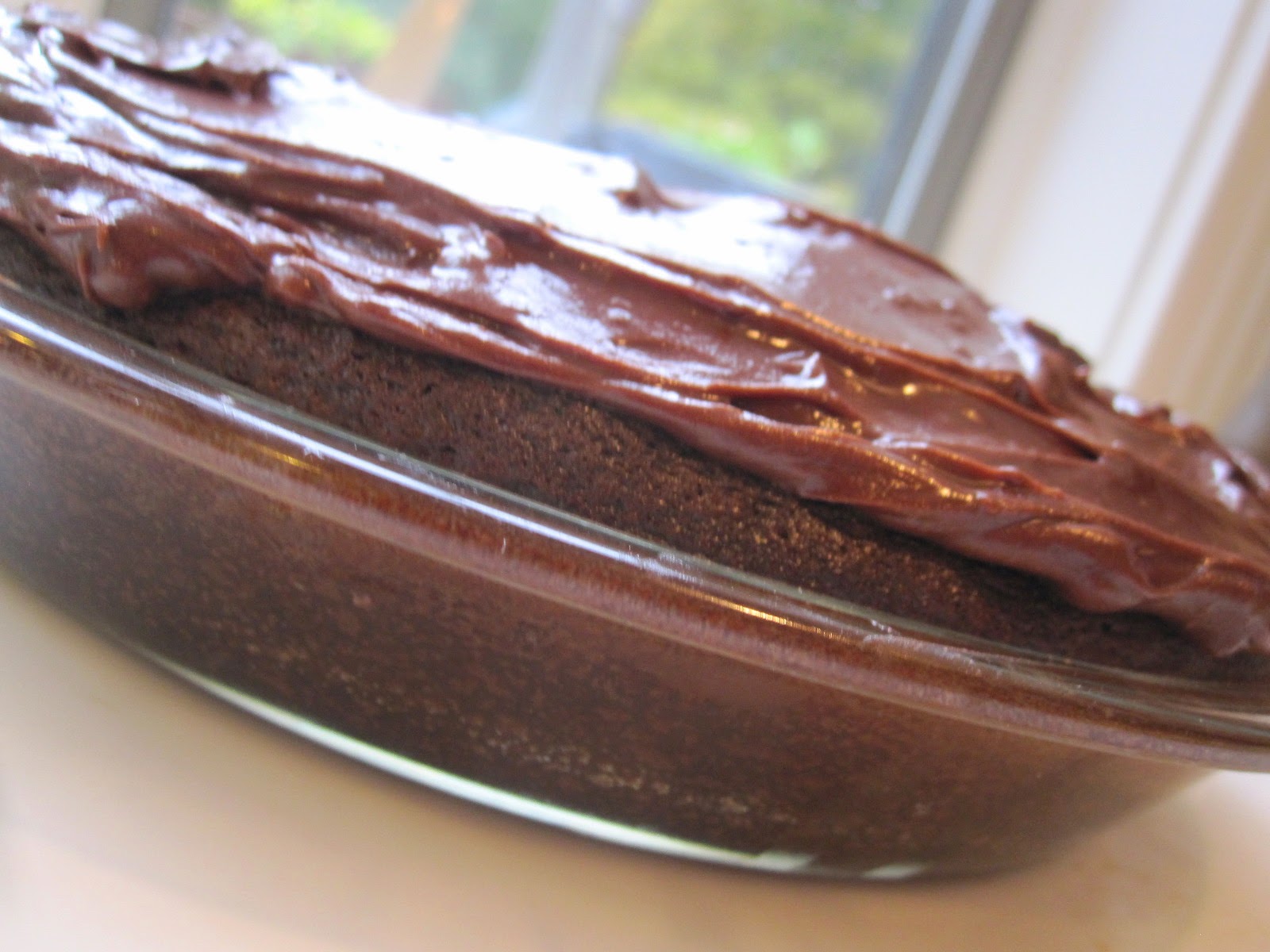 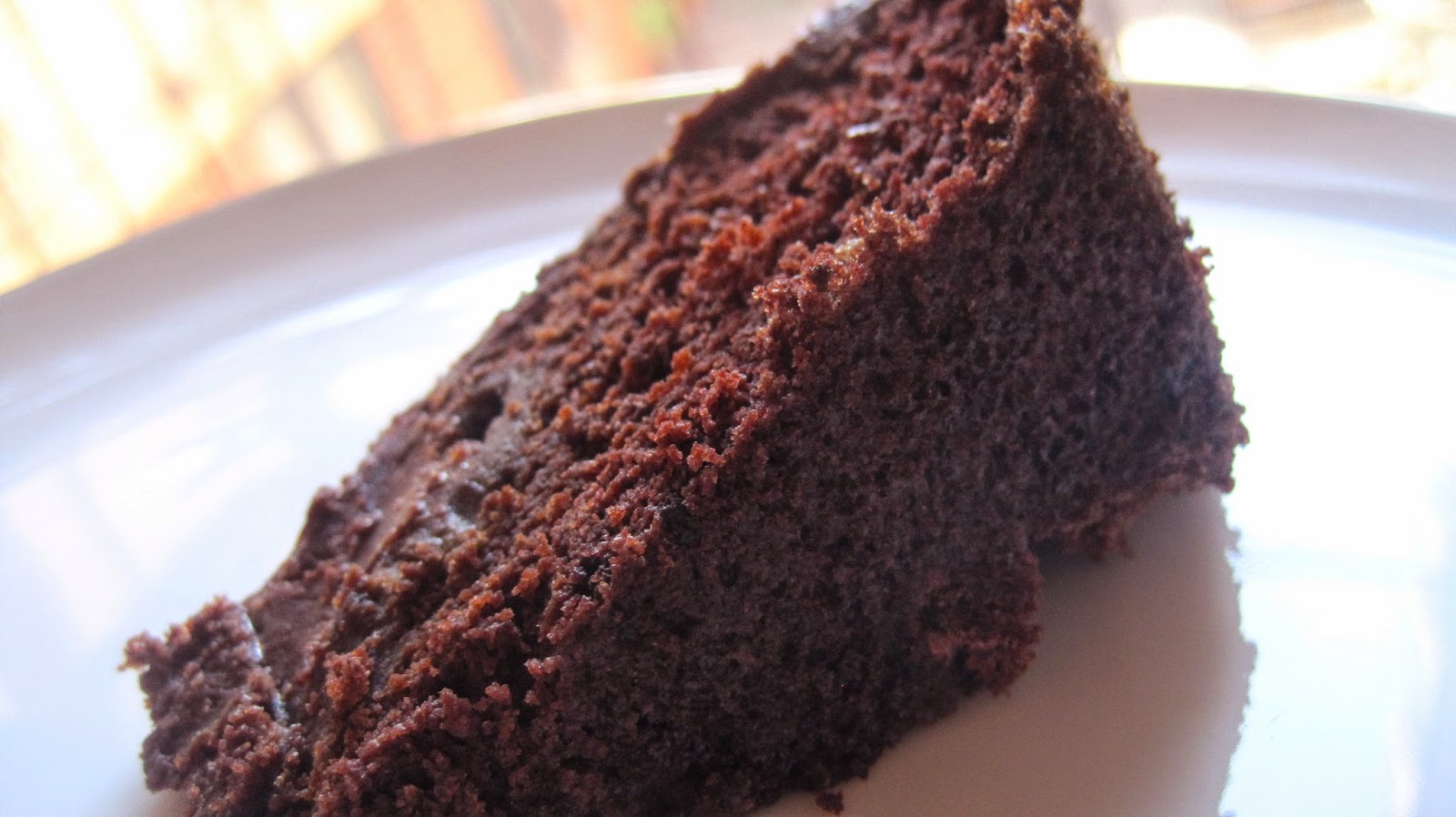 Directions:
1. Sift together the flour, cocoa, soda, salt, and sugar directly into a 9-inch round or 8-inch square cake pan. (You can also do it in a mixing bowl to make sure nothing spills over.)
2. In a measuring cup or small bowl, mix together the oil, coffee, and vanilla.
3. Pour the liquid ingredients into the baking pan and mix the batter with a fork or a small whisk. When the batter is smooth, add the vinegar and stir quickly. There will be pale swirls in the batter as the baking soda and vinegar react. Stir just until the vinegar is evenly distributed throughout the batter.
4. Bake for 25 to 30 minutes and set aside to cool.
5. Make the glaze OR the frosting: To make the glaze, melt the chocolate in a double boiler or microwave. Stir in the hot water and vanilla into the melted chocolate until smooth. Spoon the glaze over the cooled cake.
6. To make the frosting, whip the butter until creamy. In a double broiler or microwave, melt the chocolate. Add the chocolate to the butter, and beat until consistency is smooth. Frost the cake with a spatula.


7. Refrigerate the glazed/frosted cake for at least 30 minutes before serving.
Posted by rachelinthekitchen at 7:15 PM