Joshua McFadden is the vegetable whisperer.

His cookbook Six Seasons: A New Way with Vegetables celebrates vegetables in such a deliberate, intuitive way that I wouldn't be surprised if McFadden had sprouted out of soil himself. Beyond seasonal cooking—which merely scratches the surface of his vegetables' potential—McFadden transports his readers along the journey of their lives. The first asparagus of spring? Raw please, but once you're in the heart of the season, best to cook through. Same goes for artichokes, and so on. Each chapter of Six Seasons commences with a specific vegetable's uncooked devising, slowing adding heat and novel flavors as the weeks go on. For example, Raw Asparagus Salad turns into Asparagus, Nettle, and Green Garlic Frittata, which turns into Asparagus, Garlic Chives, and Pea Shoots with an Egg. Each and every vegetable is treated in this progression. 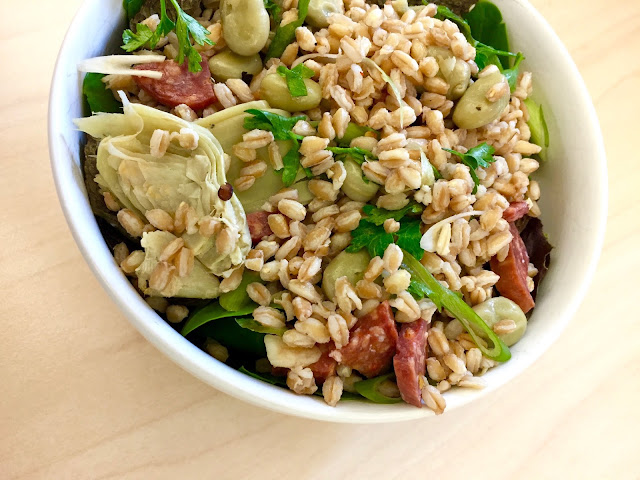 Joshua McFadden is the vegetable whisperer, and after owning Six Seasons for a month I feel fluent in his language.

You might think that this produce pedestal would go hand and hand with elitist recipes, but surprisingly, it's quite the contrary. McFadden values simplicity and staples. You'll scarcely find more than a handful of salt, pepper, bulb, olive oil, and citrus or vinegar—maybe some herbs, as well—dressing up the main ingredient. Therefore, it's his focus on perfecting these aforementioned accoutrements that make each recipe nonpareil.  Preparing farro? Toast the grains in a smattering of quality everyday EVOO to realize its true nutty undertones. Mincing scallions? Soak them in an ice bath while chopping other ingredients to temper their oniony bite. Using the same tricks repeatedly throughout the book helps ingrain them into your memory—I doubt I'll add raw scallions to any dish moving forward without an ice bath first. 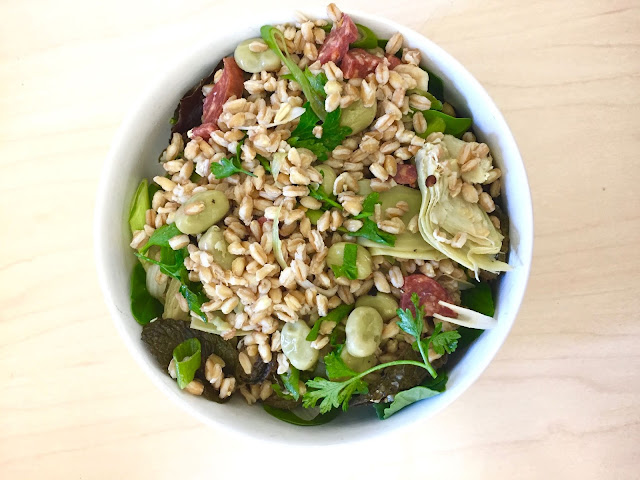 McFadden also loves creating "tension" in his recipes—that is, opposing flavors and textures to construct depth in a dish. In this Fava, Farro, Artichoke and Salami Salad, earthy farro contrasts with the vivacity of fresh herbs. Cubed meaty salami adds peppery pinguidity to mellow fava beans and artichokes. Is this another agreeable spring farro salad or a deconstructed Italian club? Tension = ruminative eating. Chew on in it for a bit. 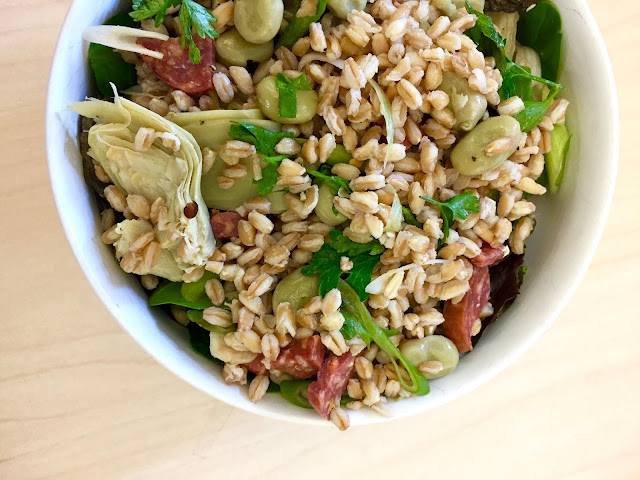 I combined two of McFadden's recipes into one here. He has a separate salami, farro and herb salad for both fresh favas and artichokes, but because I was so excited for the spring arrival of both ingredients, I married them. Don't fret if you can't get these ingredients fresh, though. Pre-cooked favas and jarred artichokes work just fine.

2. Put the farro, favas, artichokes, salami, pecorino (if using) and scallions in a large bowl. Add 1/4 cup vinegar, the chile flakes, 1 teaspoon of salt and lots of twists of black pepper, and toss. Let the salad sit for about 5 minutes so the vinegar soaks into the farro.
3. Add the parsley and mint and toss. Taste and adjust the seasoning. Drizzle on a glug of olive oil, toss, and taste again—adjust as needed. Serve at room temperature.

Directions:
1. Put a nice glug of oil into a large skillet that has a lid and heat over medium heat. Add smashed garlic and chile flakes and cook slowly to toast garlic so it's beginning to get soft, fragrant, and nicely golden brown, about 3 minutes.
2. Add farro and cook over medium heat, stirring more or less constantly so grains toast evenly, for 3 to 5 minutes. They will darken slightly and become quite fragrant.
3. Add water, bay leaf, and salt and bring to a boil. Cover, adjust heat to a nice simmer, and cook until farro is tender but not so much that it has "exploded" and popped fully open--it will be mushy if cooked that long. Depending on your farro, this could take 15 to 30 minutes or even a bit longer.
4. Drain farro well. If you're using farro warm, you're all set. If you want to use it cold, such as in a salad, dump it onto a baking sheet, toss with a tbsp of olive oil, and spread it out to cool.

Posted by KvellintheKitchen at 2:10 PM