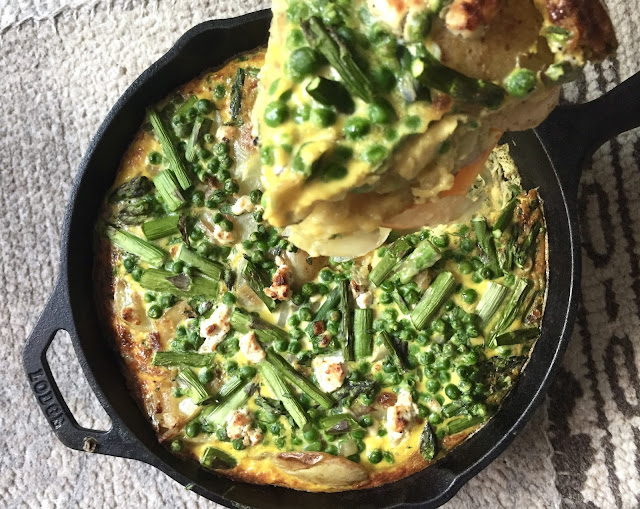 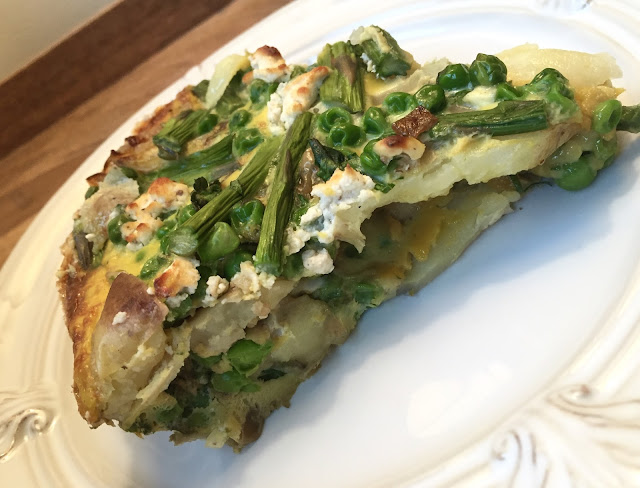 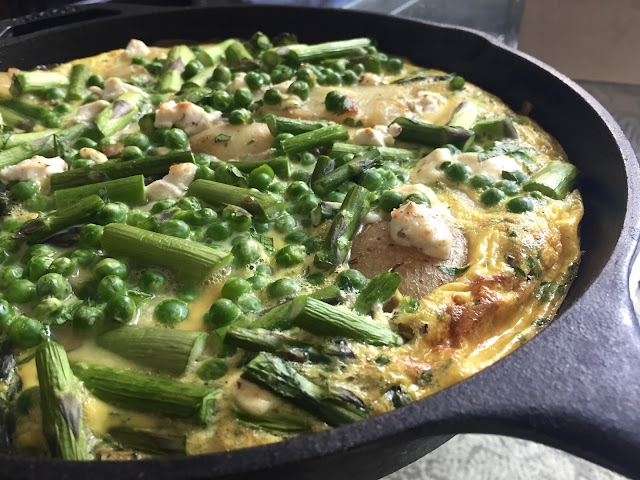 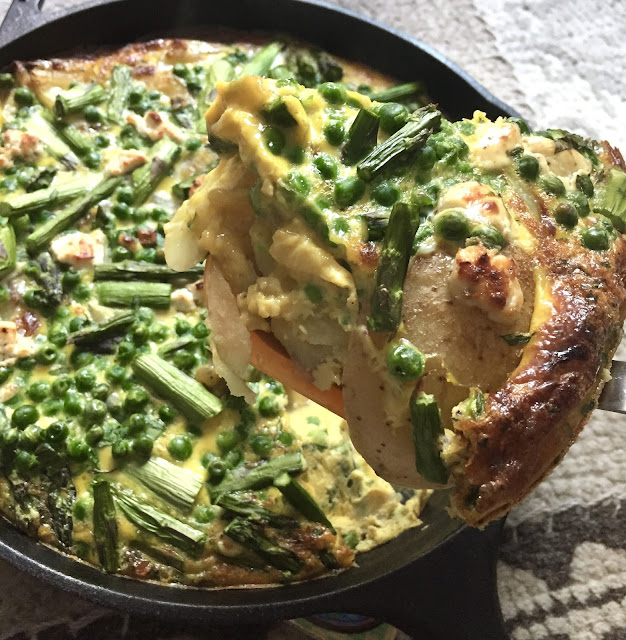 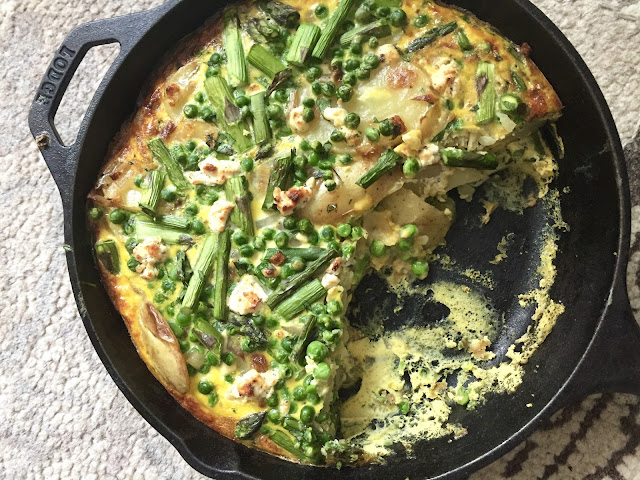 7. Bake for 30 minutes. Remove the foil and bake for 5 to 10 more minutes, until the tortilla is slightly browned and lightly puffed. Slice and serve directly from the skillet, warm or at room temperature.
Posted by KvellintheKitchen at 1:15 PM 1 comment: