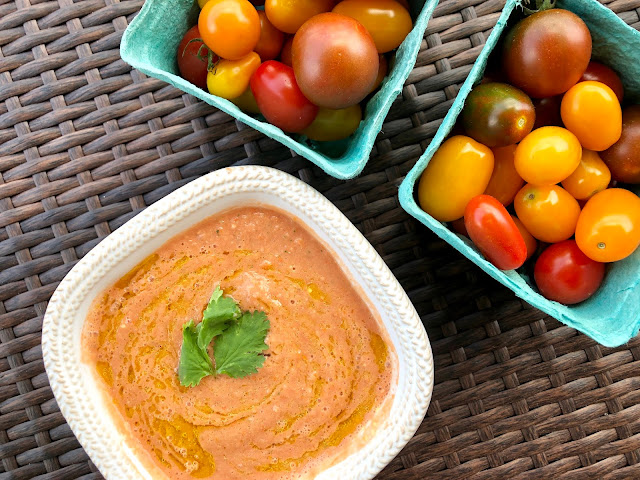 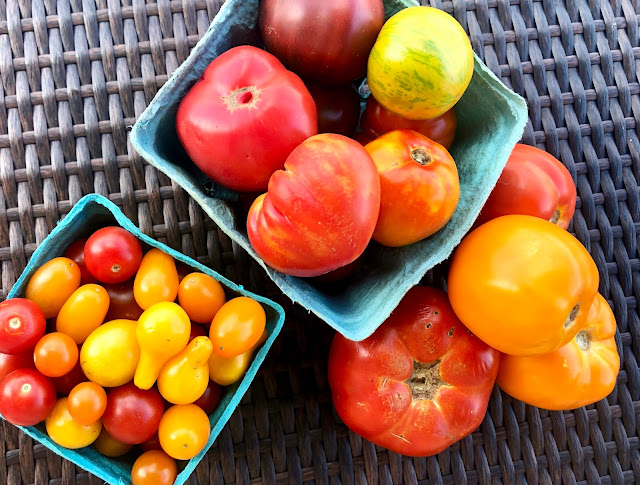 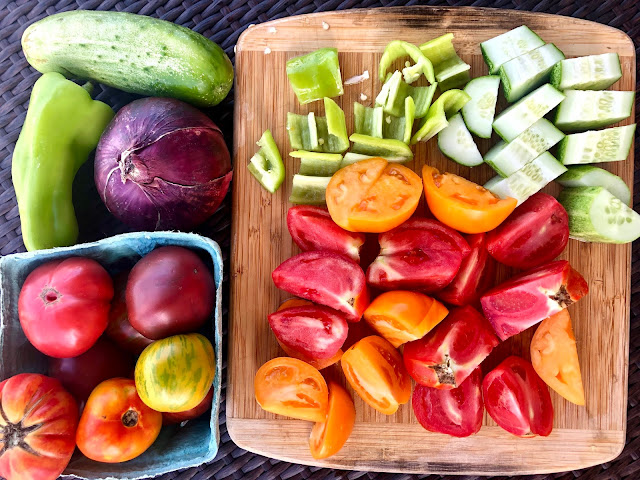 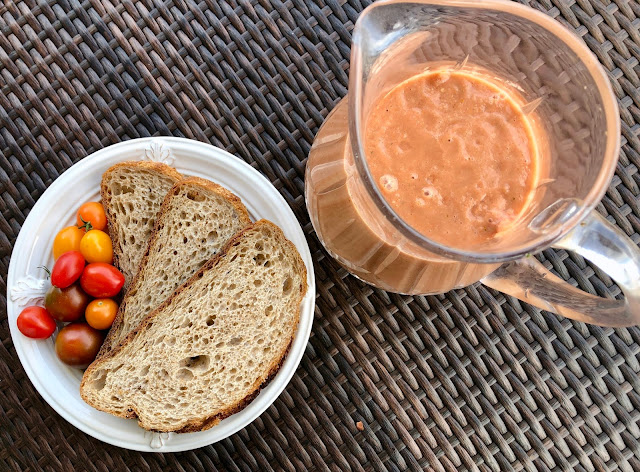 Directions:
1. Combine tomatoes, pepper, cucumber, onion and garlic in a blender or, if using a hand blender, in a deep bowl. Add bread, if using. (If necessary, work in batches.) Blend at high speed until very smooth, at least 2 minutes, pausing occasionally to scrape down the sides with a rubber spatula.
2. With the motor running, add the vinegar and 2 teaspoons salt. Slowly drizzle in the olive oil. The mixture will turn bright orange or dark pink and become smooth and emulsified, like a salad dressing. If it still seems watery, drizzle in more olive oil until texture is creamy.
3. Transfer to a large pitcher (preferably glass) and chill until very cold. Before serving, adjust the seasonings with salt and vinegar. Serve in glasses, over ice if desired, or in a bowl; drizzled with a few drops of olive oil.
Posted by KvellintheKitchen at 2:25 PM No comments: