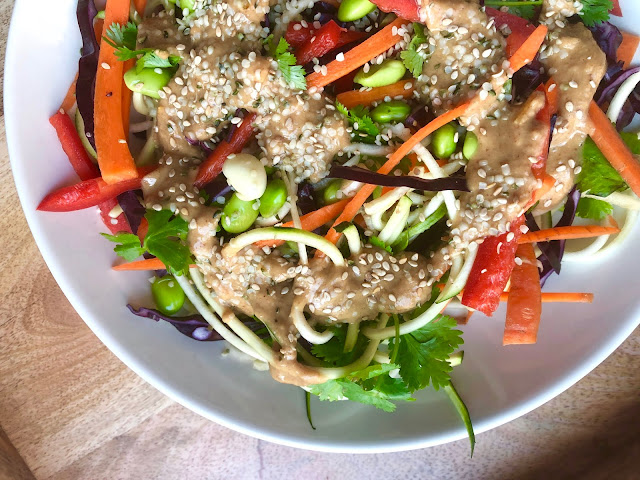 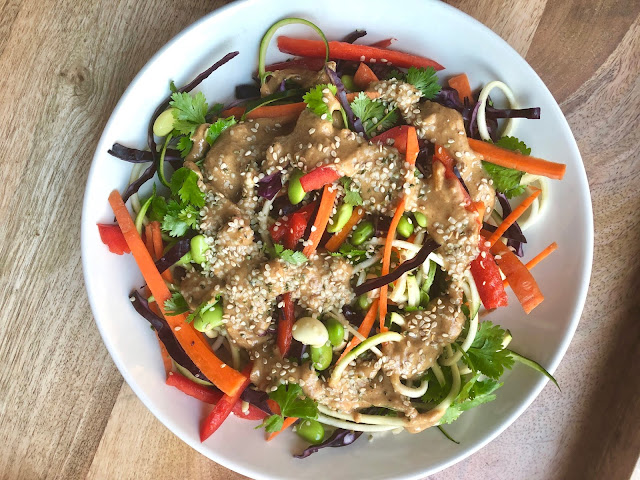 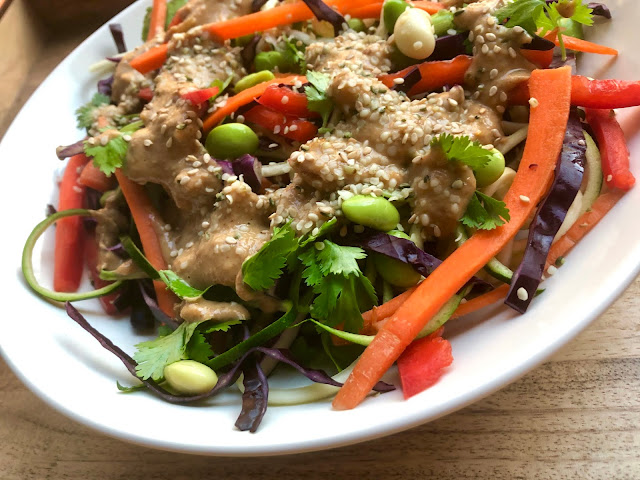 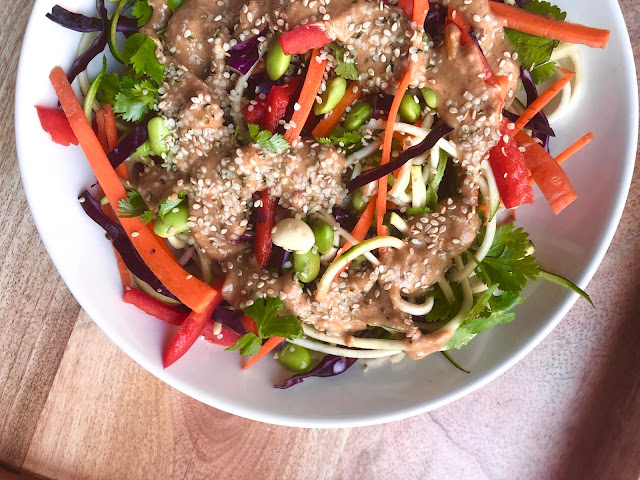 
Directions:
1. Prep vegetables. Add the zucchini, carrots, pepper, jalapeno, cilantro, and cabbage into one or two large bowls. Toss with hands to combine.
2. Prepare the dressing by processing all dressing ingredients in a mini processor (or simply whisk by hand). The dressing may seem a bit thin at first, but it thickens as it sits.
3. Top bowls with edamame, scallion, hemp seeds, and sesame seeds. Pour on dressing and enjoy!
Posted by KvellintheKitchen at 9:22 AM No comments: